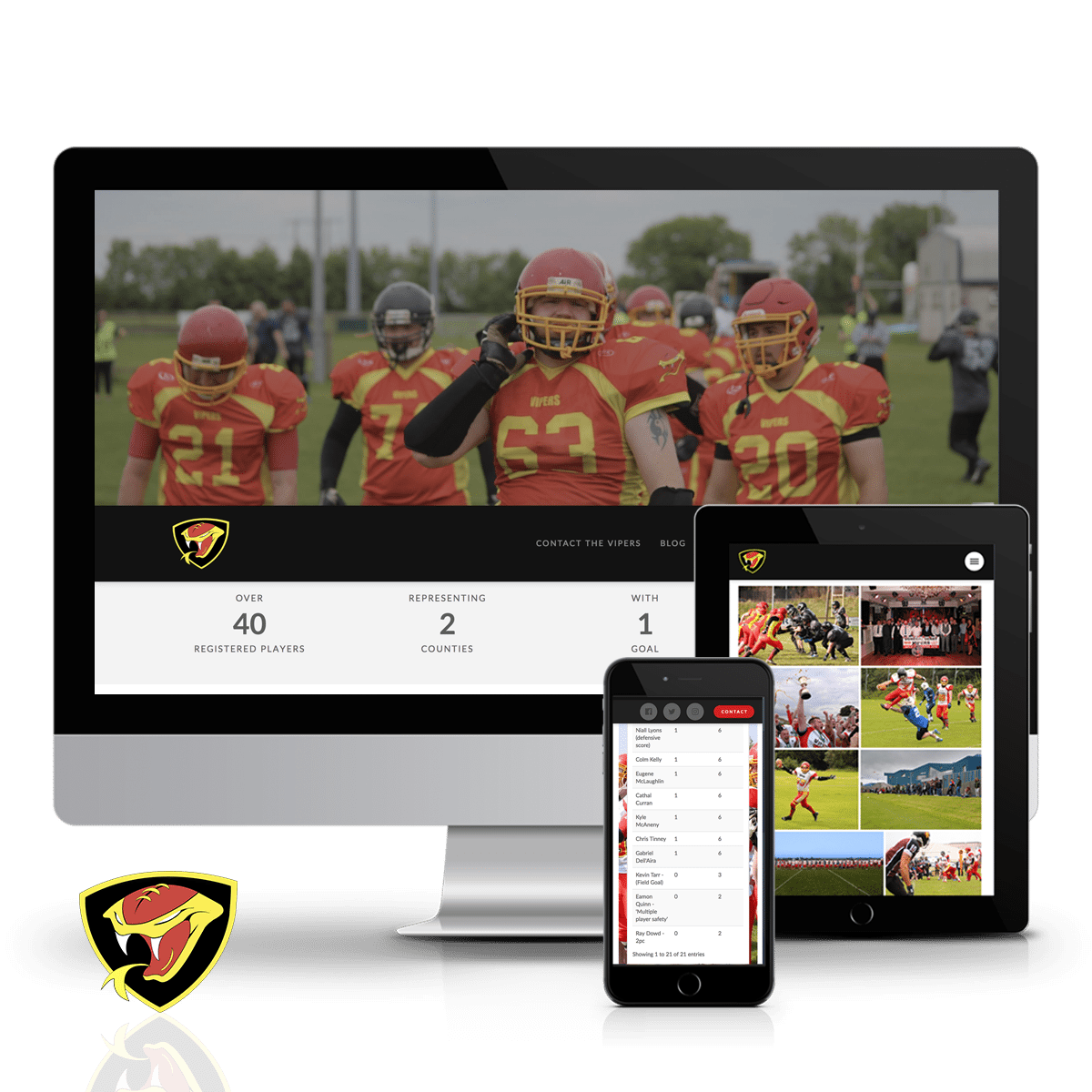 Having seen some of the work David does, his work for the Vipers is outstanding and surpassed my expectation. Top company and top people.Shaun McGrory - Vipers Chairman

The Donegal Derry Vipers are the premier American Football team of the north west of Ireland. They are currently representing the north-west in the IAFA1 division and have shown continued growth and sustainability in 3 short years reaching milestones like a 12-6 record after beginning 1-5, a Facebook page with over 4000 followers and securing sponsorship from Nando's Derry, Kernans and Mintbet.

With this continued growth, they needed a website from which to continue the growth of the team and the sport. Originally the team had a website but being based on wordpress.com on a basic package it was a fairly limited in it's potential. This is where Creative Wavelength stepped in sponsoring the team in a freshly new designed website & web hosting. Having access to a full dashboard of analytics to show traffic growth to potential partners, a complete blogging system & tracked stat tables have the players and beyond engaged.

The Donegal Derry Vipers website has become a central hub for the team and as the team expands may take on more functionality & purpose as the years progress.

For now though it suits useful purposes like blogging, archiving important information and growing organic traffic which will help the numerous social media channels the team is running.